The Chamberlain Group is one of the world’s largest if not the largest manufacturer of garage doors and associated equipment and device with headquarters in Elmhurst, Illinois. It is a subsidiary of The Duchossois Group (TDG), a family owned business under the management of Richard L. Duchossois. TDG was formed in 1983 to manage the family’s diversified line of businesses the origins of which can be traced back to a small rail car repair company called Union Wagon Company established by A.J. Thrall in 1916. It was after the Second World War, in 1952 to be exact that A.J. Thrall and Dick Duchossois joined forces to form a corporation with Dick becoming the president and A.J. Thrall successfully growing the company into manufacturing new rail cars.

It was in 1980’s that the company acquired the Chamberlain Group and became its sole owner in 1983. The new acquisition was assimilated into the group in 1984 as the consumer products division of the TDG and was named the Chamberlain Group, Inc. It was under the direct hands of Dick Duchossois who turned it into the world’s biggest manufacturer of residential and commercial door openers, remote gate operators, and access control products.

From 1989 to 2002, CGI went on a company acquisition binge in an attempt to be the industry leader in the commercial and residential door operator market. It was in 1989 that the company made its first mark in the market with the introduction of the industry’s first ever wireless, keyless entry system. It acquired Gasselschaft of Germany and Wecla of France (both are makers of GDOs and gates) in 1994 and signaled its entry into the European market.

To further bolster its hold on this budding industry, CGI acquired Link Door Controls, of New York a prominent manufacturer of commercial door operators in 1995. This was followed with the acquisition in 1997of Sentex of Chatsworth, California which is a manufacturer of telephone entry systems. Immediately after that, in 1998, the group acquired The Clicker Corporation a manufacturer of universal remote transmitters based in Carlsbad, California and Moore-O-Matic of Wisconsin, another manufacturer of garage door openers and gate operators. 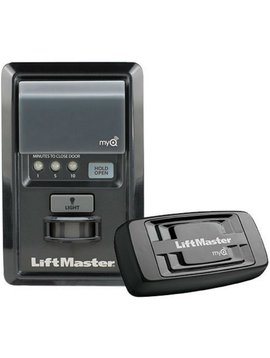