The driving force behind PrimaLuna is one of high-end audio’s most astute and colorful figures, Herman van den Dungen. It’s been said that many successful, creative people “march to the beat of a different drummer,” but it’s the ability to get others to hear your tune and march with you that distinguishes the most accomplished. Van den Dungen is undoubtedly one of them. With a reputation of gathering the best talent for his projects, the widely-known, Dutch-born entrepreneur in 1998 launched the well-valued AH! Njoe Tjoeb CD player to critical acclaim in Europe. A year later, seeking to expand sales in the United States, he forged a relationship with Kevin Deal. A dynamic, high-end dealer with sufficient capital to import the product, Deal also possessed a characteristic Herman found invaluable—decades of experience in tubes with an intimate knowledge of their ups and downs as they relate to the consumer. Sharing the philosophy of providing an exceptional, reliable product at a great price and delivering incomparable after-sales service.

The driving force behind PrimaLuna is one of high-end audio’s most astute and colorful figures, Herman van den Dungen. It’s been said that many successful, creative people “march to the beat of a different drummer,” but it’s the ability to get others to hear your tune and march with you that distinguishes the most accomplished. Van den Dungen is undoubtedly one of them. With a reputation of gathering the best talent for his projects, the widely-known, Dutch-born entrepreneur in 1998 launched the well-valued AH! Njoe Tjoeb CD player to critical acclaim in Europe. A year later, seeking to expand sales in the United States, he forged a relationship with Kevin Deal. A dynamic, high-end dealer with sufficient capital to import the product, Deal also possessed a characteristic Herman found invaluable—decades of experience in tubes with an intimate knowledge of their ups and downs as they relate to the consumer. The two immediately hit it off, sharing the philosophy of providing an exceptional, reliable product at a great price and delivering incomparable after-sales service. Turning his attentions, Herman had for some time recognized a growing interest in affordable tube components; however, he also noted that existing gear on the market often faced reliability problems and consumers hesitated or refused to buy. In 2000, he set out to rectify the dilemma and assembled a top-flight, world-renowned team of European audio designers. For U.S. distribution and sales advice, he once again turned to “tube guru” and friend, Kevin Deal.

Initially, Deal declined to take part. As the largest retailer of tube components in the United States, he was acutely familiar with the pitfalls in manufacturing reasonably-priced gear. Further, he understood the U.S. market in terms of sales and what it would take to be successful. These two elements merged into one overriding conviction: the product would have to be extraordinarily reliable. Deal agreed to climb aboard contingent upon the promise of rigorous production oversight and the inclusion of an auto-bias and other self-protection features that would make the components not only dependable but easy to use. Therefore, from the outset, the company’s objective was clear, yet extremely challenging and incredibly complex: create a product with extraordinary sound and sophisticated performance that would bring back to the fold the older, experienced hi-fi enthusiasts who had gone the home theater or solid state route and found it lacking. Further, make that same product relatively inexpensive and easy to use in order to attract those neophytes who had shied away from tubes. Finally, incorporate safeguards to make the product more reliable than any other on the market. To top it all off, make it so beautiful it takes your breath away.

The PrimaLuna team took a long-term, deliberate, methodical approach with the guiding principle that the product had to be perfect. They spent close to three years developing and producing the introductory ProLogue Series and what became of that time and effort is the stuff that makes audio legend. The first PrimaLuna products, the ProLogue One and Two integrated amplifiers, were released in 2003 in Europe and immediately captured superlatives from the continent’s most influential reviewers. In 2004, their release in the U.S. was met with equal, unbridled enthusiasm. PrimaLuna had produced what no one thought possible: exquisitely-sounding, reasonably-priced, highly-reliable components with features found in gear costing three to five times as much. For example, the PrimaLuna design team took Deal’s demand for an auto-bias circuit and went a step further—designing the Adaptive AutoBias, an exclusive circuit that continuously monitors and instantaneously adjusts tube bias. Consider what else the critics found in the ProLogue One integrated amplifier:

This incomparable array of standard features can be found on all components within the series—the ProLogue Three preamplifier, the Four and Five power amplifiers and the Six and Seven monoblocs. The release of those components, completed in 2006, was again met with rave reviews and an armful of awards, but does not conclude the ProLogue Series. Staying a step or two ahead of the curve, Herman and his team are planning a mid-2007 debut of the ProLogue Eight, an all-tube CD player that will revolutionize the audio industry by introducing the world’s first tube-based data clocking device. However, PrimaLuna’s offerings don’t end with that final component in the ProLogue Series. To the contrary, Herman and the PrimaLuna team introduced in late 2006 the first two pieces in the step-up DiaLogue Series, aimed at audiophiles and home theater aficionados as well. Using ProLogue’s exceptional elements as a base, the brilliantly conceived and impeccably engineered DiaLogue One and Two integrated amps usher PrimaLuna to the next level and raise the bar for affordable high-end audio with astonishing performance and a host of additional features. DiaLogue integrated amps will satisfy the audiophile’s most stringent demands with increased bandwidth and headroom originating from some of the best power and output transformers in the industry. DiaLogue also assimilates into home theater systems so easily anyone can do it—a simple push of a button on the exquisite, full-function remote engages its home theater pass-thru circuitry. What’s more, another button will switch operation from the warmth of triode to the snap of ultralinear.

It’s all bundled into a dazzling chassis with PrimaLuna’s standard-setting build quality and unparalleled reliability.

Just as they did with ProLogue, PrimaLuna plans a full line of DiaLogue components however no further release dates have been set.

As you can by now surmise, the minds behind PrimaLuna possess a sincere desire to bring something unique to hi-fi enthusiasts, from beginners to tried-and-true audiophiles. We want people to feel that when they purchase any PrimaLuna, they’ve bought a truly special product: that when they open the box and take it out, they’re thoroughly surprised by the beauty and build quality and that when they finally play it, they’re completely swept away. Think of that moment when you were a child and opened a present at Christmas to find something far more wonderful than anything you’d imagined. That’s the PrimaLuna experience, one we try to impart with every component we produce. He often shudders at the words but many in the audio industry refer to Kevin Deal as the “Tube Guru”. Unquestionably, he ranks as one of the foremost experts in vacuum tubes so it is little wonder that PrimaLuna’s Herman van den Dungen sought his friend’s advice in designing the company’s first components. Deal brings over 35 years of experience to the PrimaLuna team and his counsel in design and distribution-has proved invaluable.

The track that brought Deal into the world of high fidelity was created by three pivotal events that unfolded before he was ten. Entranced by his neighbor’s oscilloscope, then five-year old Kevin proclaimed he wanted to grow up to be an electronic technician. A few years later, the sounds of Joplin, Hendrix and Zeppelin bewitched him to the degree that he dreamed of nothing but music. Three pivotal events that ultimately married technical expertise, business acumen and passion under the umbrella of high fidelity.

Born in 1958, Deal’s introduction to tube audio came when he was 18 and working for Mission Electronics. Two years later, at the tender age of 20, he was a store manager for Cal Stereo. He then shifted to the Federated Group during their hi-end heyday before finally landing at Rogersound Labs, where his “tube epiphany” occurred. “I realized that my shoulders dropped and my head grooved whenever I listened to tube gear, so I started experimenting. I was obsessed with how two similar tubes could create such a vastly different sound and I set out to learn everything I could."

Deal studied intensely, digesting not only the internal construction of tubes but their history as well. He scoured shops for the unusual, curious as to how they would sound. During one of his hunts, he came across a massive cache of rare tubes and borrowed against every credit card he had to buy them. Thus Deal launched Upscale Audio in 1994, providing primarily tube upgrades while selling a select group of product lines. With a reputation forged on exceptional customer service and product knowledge, Deal has built Upscale Audio into one of the premier retail establishments in the country.

Deal and Herman van den Dungen met in 1999, exploring how they could best bring the AH! CD player, already a huge success in Europe, to the US market. A friendship developed and several years later, Herman sought Kevin’s advice on designing and distributing the PrimaLuna components. Both view business the same way: provide an extraordinary, reliable product at a great price and deliver exceptional after-sales service. Because of unsatisfactory experiences, Deal initially wanted no part of distributing a Chinese manufactured product. Ultimately he relented, contingent upon the promise of rigorous production oversight and the inclusion of an auto bias and other self-protection features, all of which make for unmatched dependability. PrimaLuna went one step further, with its Adaptive AutoBias, a feature never before found on equipment in this category. Deal is now PrimaLuna’s proud North American distributor.

Deal maintains his love of tubes and travels several times a year to scour the hinterlands of the world for those rare finds. 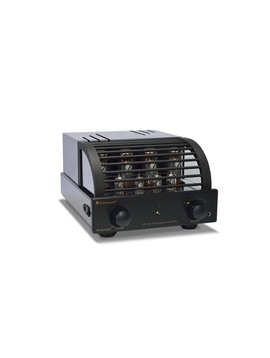 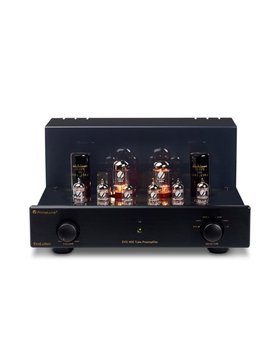 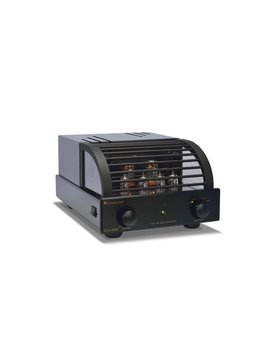 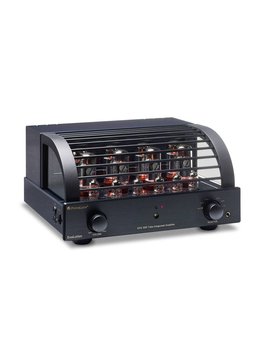 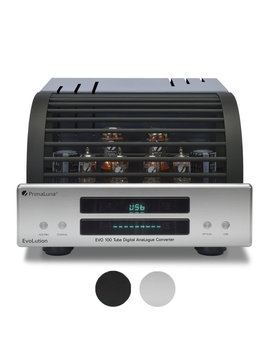 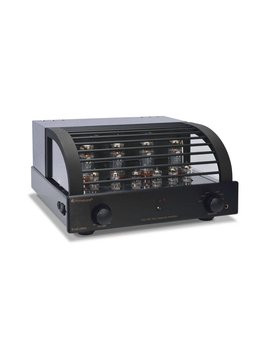 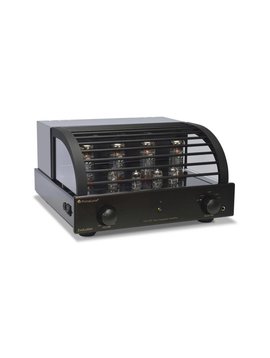