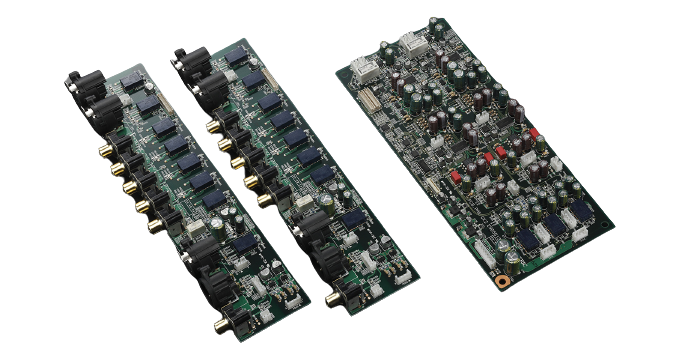 One result of the lavish attention given to the development of the F Series is the preamplifier's fully balanced configuration, which derives from our highly esteemed C Series preamplifier models. Impervious to noise, it delivers pure and powerful signal amplification at ultra-low impedance.

The one design feature of these amplifiers that most clearly reflects Grandioso thinking is their dual monaural configuration, which maintains complete left and right channel independence through all stages, from preamplifier to the power amplifier's final stage. As Esoteric integrated amplifiers, the major investments made in circuit construction expertise and materials developed over the years yield excellent channel separation and a measure of sound quality that transcends the class.

As a countermeasure against noise, all control lines have been electronically separated from the main body of the preamplifier with the use of isolator elements integrated into the front panel. 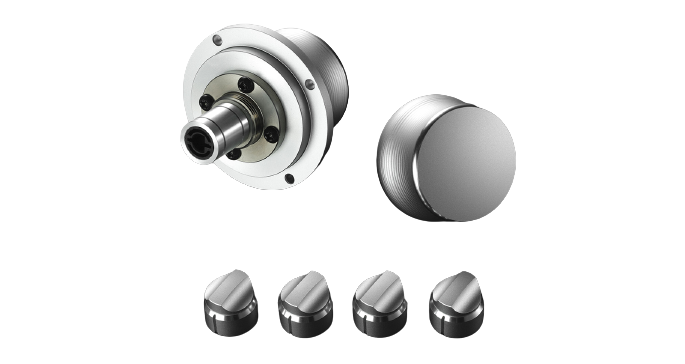 Commitment to achieving all the quality associated with high-end components results in a balanced dual monaural configuration consisting of four circuits (L/R, -/+) for each band. This system enables users to adjust tone settings free of any concerns about sound quality deterioration. Shifting the variable band more than usual toward the high and low frequency ranges (14kHz/63Hz) permits fine adjustment of bass and treble without adversely affecting the original source signal. Fully electronic control also permits fine adjustment of up to ±12dB in 0.5dB steps. The middle band can also be utilized as a loudness preset when set to the minus side and used in conjunction with the Tone Bypass switch. 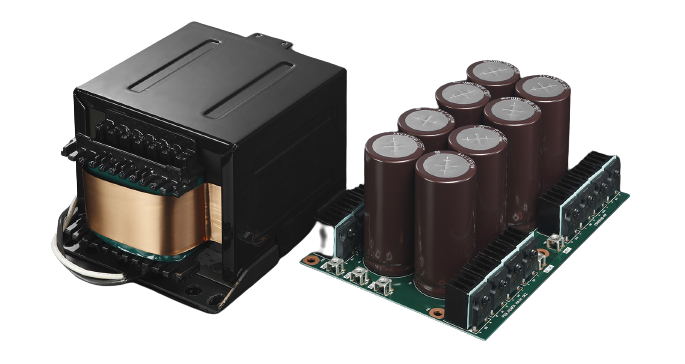 The power supplies of the F Series feature large-core 940VA custom EI power transformers and 40,000µF block capacitors for each channel in a dual monaural configuration. Large-gauge cable is used in all connections to help minimize impedance. As in our separate power amplifiers, this outstanding power section achieves a theoretically linear power output ranging from 120W at an 8Ω load to 240W at 4Ω for faithful reproduction of every musical dynamic.

Featured in Grandioso models up to and including the M1, large bipolar LAPT* transistors deliver an outstanding continuous current capacity of 17A, and 34A of instantaneous peak power. Their superior high frequency characteristics also play a critical role in the accurate reproduction of the most delicate tones. 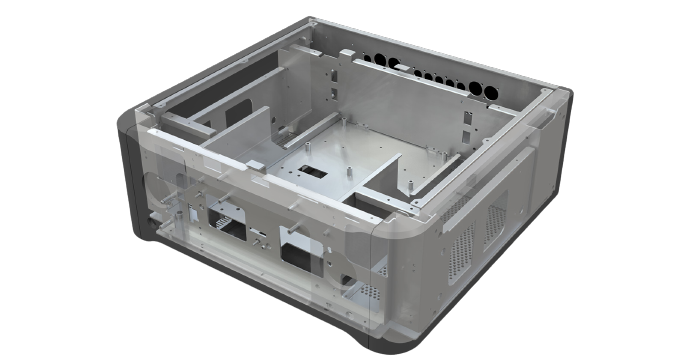 The F-Series' 3D Optimized Chassis features robust construction that gives each circuit block its own dedicated compartment. Interference between circuits is effectively minimized while achieving the shortest possible cable routing. Chassis exteriors are formed of thick aluminum panels manufactured without compromise following the same design philosophy imbued in Esoteric's separate amplifiers. As a result, their heavy-duty construction tips the scales at a total weight of 32kg, exceptional among integrated models. The machined steel insulators support the F-05 at four points in order to minimize the negative effects of vibration.