The original Alpha DAC Reference Series was a breakthrough product that reduced noise, particularly in the time domain, to levels significantly lower than any audio D to A converter previously available. The result was an immediacy and presence of music reproduction that was closer to the microphone feed than ever before. The unprecedented resolution of the original Alpha DAC Reference Series allowed and demanded further development and perfection of digital algorithms and analog circuitry that otherwise would not have been possible.

The presence and sonic reality of the Reference Series 3 is also made possible by tremendous electrical and mechanical noise isolation coupled with extreme time domain stability. Ceramic aerospace circuit board materials are used in all critical areas and the enclosure is carefully engineered to minimize electrical noise and maximize mechanical and thermal stability. The Reference Series 3 weighs 30 pounds and the entire enclosure is precision machined from solid billet 6061-T6 aluminum alloy.

Careful consideration was also given to providing the highest possible fidelity reproduction of DSD files by the Alpha DAC Reference Series 3. 99+% of modern DAC’s, including the Alpha DAC Reference Series 3, use multi-bit D/A converters because they provide better performance than 1-bit converters - even DAC’s who advertise “native” DSD compatibility. So, at some point, the 1-bit DSD stream must be converted to multi-bit for all of those DAC’s.

We could, like many other manufacturers, convert 1-bit DSD to multi-bit within the Alpha DAC Reference Series 3 and show “DSD” in the front panel display. That would be the easiest approach from a marketing standpoint and would also be very simple and low in cost to implement. But that approach would also mean increasing the amount of processing in the DAC during playback which would degrade audio quality, and audio quality is the reason the Alpha DAC Reference Series 3 exists.

Virtually all reproduction of DSD files using external DAC’s is with a computer based music server as the source. If 1-bit DSD to multi-bit conversion is done first in the computer it can be performed with extremely high precision and superior filtering that preserves all of the content of the DSD file. Computer DSD to multi-bit conversion can be at least as good as that performed in a DAC and without adding processing noise near or in the D/A converter chip. Also, conversion of DSD to 176.4 kHz, 24 bit AIFF or WAV files can be done ahead of time using a software application such as JRiver Media Center resulting in no conversion processing occurring during playback. Another advantage of computer based DSD to PCM conversion is that if higher performance DSD versions such as DSD 4X appear in the future, they can be easily supported with a software upgrade.

- Unequaled MQA Rendering audio quality to 384kHz and above

Firmware is upgradeable through signal inputs 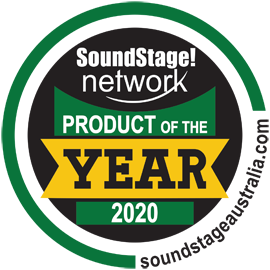 pleasure of reviewing… To the truest encapsulation of the word ‘Reference’, when it comes to the

Alpha DAC Reference Series 3, I can but add one succinct word to celebrate its purest meaning: Triumph.” 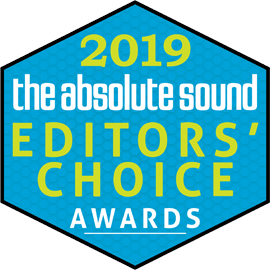 "It's like a transparent window on the microphone feed because the DAC is so transparent.

The resolution of the ambient halo of air around instrumental outlines is astonishing.

Even Red Book has bloom and dimensionality."